This exhibition took place on Nov 10th, 2018 and was attended by around 90 people.

In Ashmeadow Woodlands, there is a Memorial to the boys of Earnseat School who died in WW1. The history of one of these, A.A.Aladin, has been researched by John Caldwell and you can read his account here. 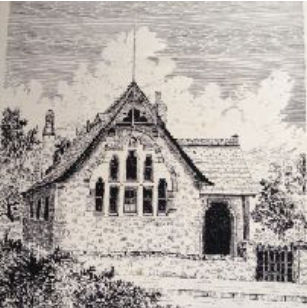 What is interesting is that despite the terrible events of the four years, there is very little direct reference to the war in the log books. Somewhat surprisingly the January,1915 “Raid on Barrow by German submarines; followed by sinking of three cargo boats off coast, next morning” warrants a mention.

When you consider that something like 134 men from the area signed up, and 36 of them did not return, there must have been a tangible effect on this relatively small community.

Pupils who died in the war

Two boys from the school, Cyril Stewart and Edward Scarborough, both of whom won scholarships to Heversham Grammar School in 1907 and 1908 respectively were among those who died. In June 1916 Cyril was report wounded and missing (he was 20) and Edward died in an accident at an airbase in 1918 (he was 21)

Dick Greenwood Bush from the Albion Hotel was killed in 1918, aged 19.

George Lupton who, with his twin John, came to the school from Sedbergh in 1896 had left to become a gardener aged 14, and joined up in 1915. He survived some of the fiercest battles and died on leave of pneumonia just ten days before the war ended.

None of the deaths is mentioned in the log book.

Wartime masters of the school

On 1 September, 1913 Percy Gillman, BSc had taken over as headmaster. He left in April 1916 to become Science master at the Royal Grammar School, Lancaster and his wife, Gertrude, takes charge until 3 January, 1917 when James Lindsey becomes headmaster.

How the war affected the school

The main concerns for the wartime masters recorded in the log books are as ever: finance, attendance levels, illnesses, school supplies and staff changes and qualifications.

However there are some entries which hint at the effect the war is having on the community. It is noted that in 1916 “Thirteen girls commence attendance at a special course of cookery lessons at the Institute, Arnside, in connection with "War Economy in Cooking". The teacher is Miss Hodgson of Milnthorpe.”

In April 1917 we learn that “Twelve boys commence a course in School Gardening. Class meets on Monday Fridays (and Wednesdays during seeding times from 3.15 pm - 4.0 pm and on 25 April, “School gardening tools introduced.” On 18 May “Mr J A Barnes, county representative of Royal Horticultural Society inspected the work in progress in the school garden.”

In September 1917, “the school ... was dismissed in order to enable the children to gather blackberries. 200 lbs were secured”

Certificates of Special Exceptions for Employment seem to have been awarded more frequently, allowing children to leave school early for work. For example, Percy Hudson and Leonard Clark go into agriculture and Herbert Cliff goes to work on the railway.

These are the only indications that the children have been involved in the war effort and perhaps indicate that the absence of the men of the community was having an obvious effect on the local employment and the economy.

The log book entry for the day war ended: 11 November 1918: “On assembling the school it was found that that one member of staff was absent. Thirty five scholars were present out of a possible 71 ; the absentees were suspected to be suffering from influenza. The matter was referred to the Correspondent and it was decided to close the school pending instructions from the school medical officer.”

Which probably means that the school was closed when the news of the Armistice came through. 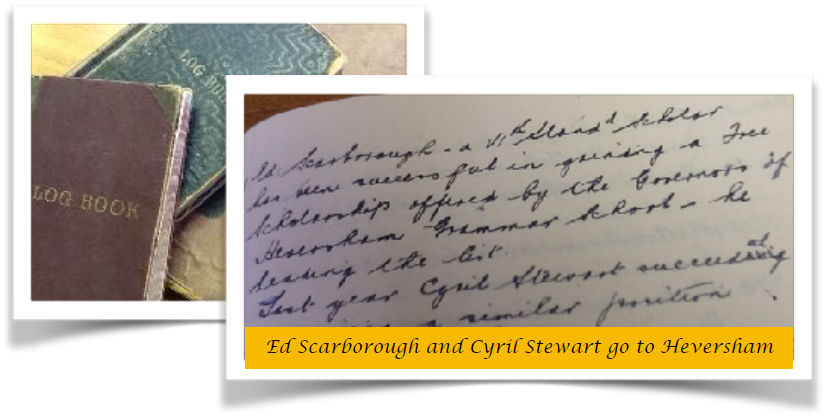